A project for self-isolation – Part One

Well, this is a weird time to be alive. Weird, scary, stressful, confusing, intimidating, and a whole bunch of other complicated emotional responses. I’ve been working from home since Tuesday last week now, and I’ve been both working on coping mechanisms, and finding things to occupy me. Which I want to share.

This isn’t on-topic for the blog, but if you are now working at home, can I strongly suggest you set yourself a schedule and stick to it? Set your alarm, get up, get dressed like you are going to work. Set fixed breaks, including for lunch, and have those be in different spaces from where you work.

Where you can, in your breaks, get outside. There’s been some very confusing advice about getting outside, and this led to a weekend where too many people flocked to places they felt would be isolated, only to find everyone had the same idea. So a simple rule is not to go far from home, but do go for a daily walk/run/cycle, especially as the weather is improving. 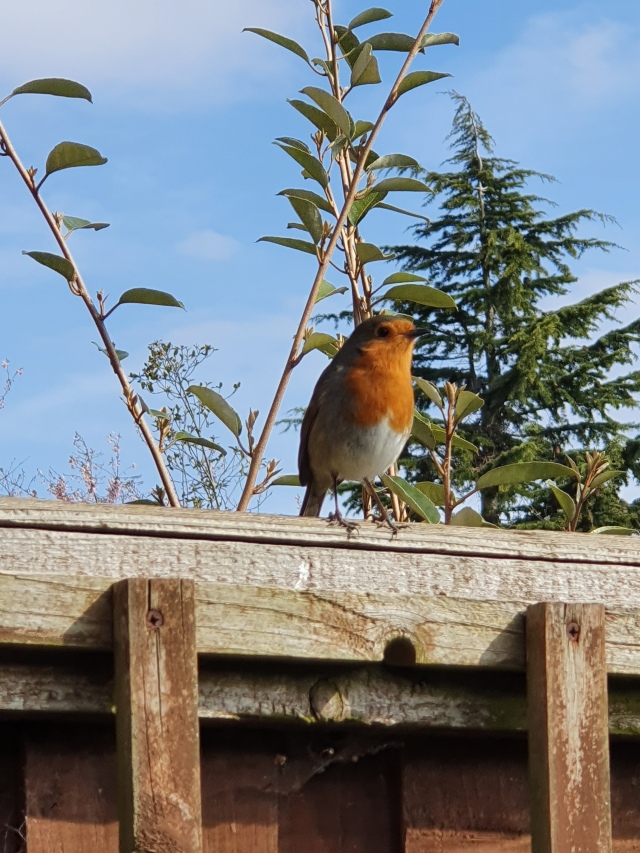 Because I’m fortunate enough to have a garden, I’ve been using that as an outlet. That can be just sitting outside to listen to birdsong, or doing some weeding, pruning, planting and so on.

I’ve mentioned before that birds don’t always behave according to the ‘rules’. In our garden, this has seen tame bullfinches and skittish robins. But we’ve now get a very stereotypical robin that follows you round the garden at about two feet, looking for food. It sings away to itself, which is immensely charming.

This has all led me to start a project I’ve been meaning to do for years. After all, if I’m going to be at home for weeks, I may as well use the time productively. What’s the project? I’ll explain in part two…

This entry was posted in About the blog, Amphibians, Birds, conservation, Gardening, Green exercise, how to, Invertebrates, Mammals, Plants, Why watch wildlife?, Wildlife Pond, Wildlife stories, Yorkshire and tagged Gardening. Bookmark the permalink.

I welcome thoughts, comments and questions, so please feel free to share anything at all. Thanks, David Cancel reply

This site uses Akismet to reduce spam. Learn how your comment data is processed.